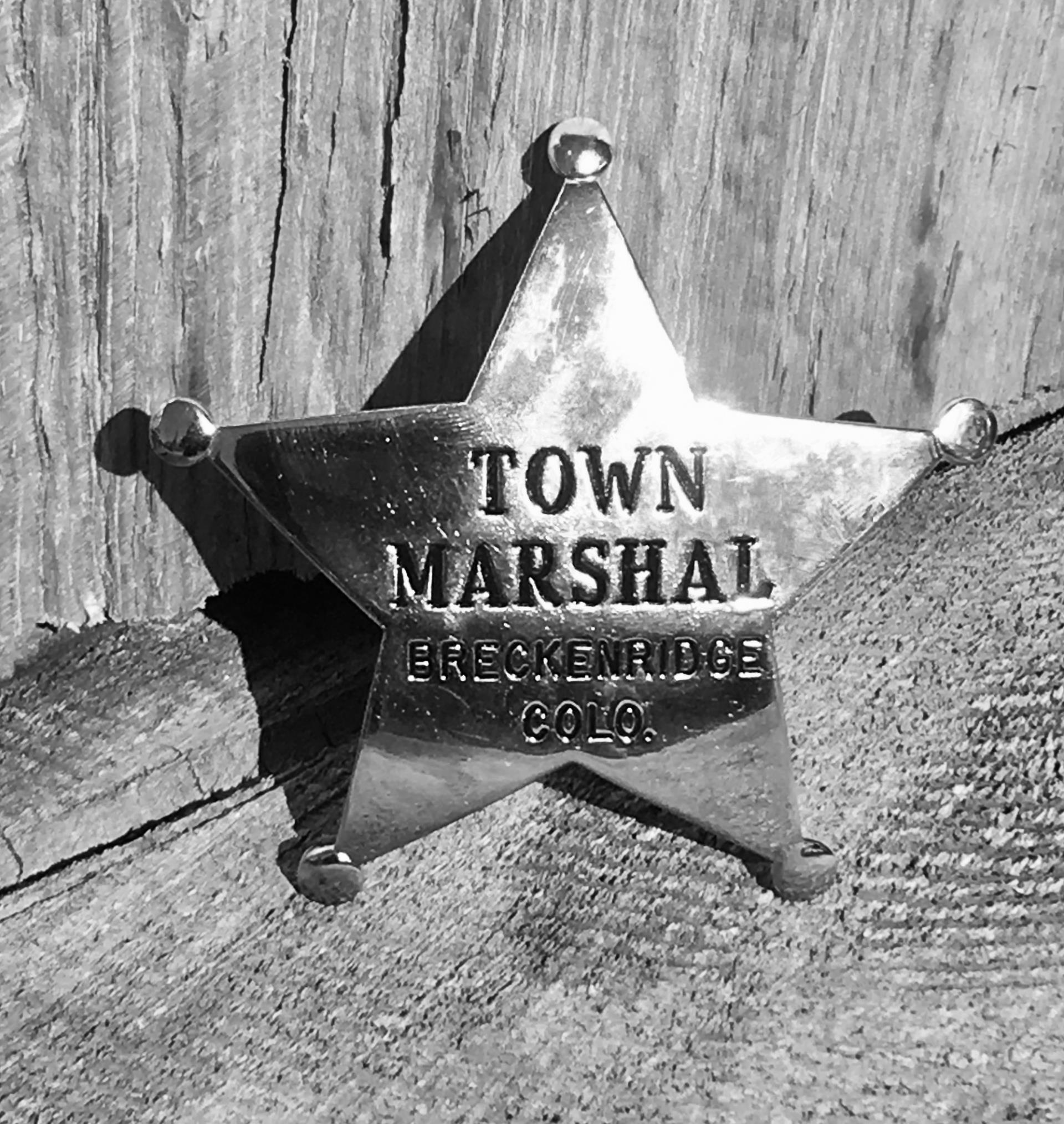 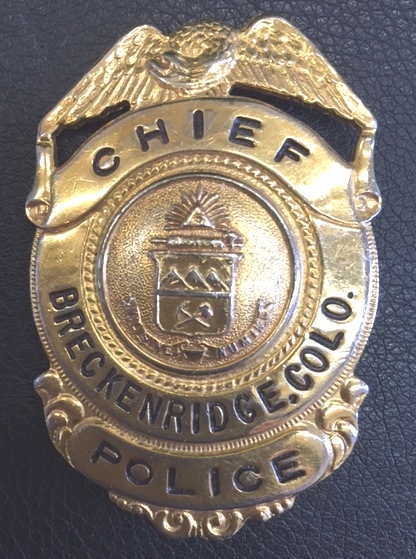 In 1881, The Breckenridge Town Board hired Sam Blair as its first Town Marshal. He served in the position until 1895. He then served several stints as deputy marshal, night marshal, and ended up as the Town Police Magistrate. Blair served Breckenridge in that position through 1824. Early records indicate that Marshal Blair ordered a Town Marshal's badge and two Deputy Marshal badges. The Marshal's badge was utilized until 1908, when Breckenridge Marshal H. F. King ordered a new badge at a cost of $3.50, and three Deputy badges for $1.50 each.

There are many interesting and somewhat humorous stories about the exploits of our early Marshals and Deputy Marshals. The first crime known to be reported in Breckenridge was in 1881. Marshall Blair received a telegram about two horse thieves on their way from South Park to Breckenridge, riding stolen horses and armed with a Henry Rifle and revolver. Marshal Blair and others apprehended the two men in Breckenridge inside Scott McLarren's Saloon. A bit later, one of the thieves jumped on a stolen horse and took off toward Washington Street. The horse thief escaped, but only after Marshal Blair fired at him with his own revolver and gave chase, although without effect.

The most infamous early story involving a Town Marshal occurred on August 11th, 1898 when Pug Ryan and his gang entered the Denver Hotel on Main Street in Breckenridge. After robbing the establishment and several gamblers, Pug and his thugs fled to a remote cabin near Kokomo (near Fremont Pass, then part of Summit County). Summit County Sheriff Jerry Detweiler deputized Ernest Conrad, who served as a Breckenridge Deputy Town Marshal, and charged him with apprehending the gang. With the Assistance of longtime Kokomo resident Sumner Whitney, Conrad traveled to the cabin where the gang was hiding out. After gaining entry, the two were fired upon. Both died instantly, while Pug escaped unscathed. Pug Ryan was later apprehended and died at the state penitentiary in Canon City in 1931.

Some things never change! In 2016, we fret over speeding vehicles on Main Street. In 1908, it was speeding horses. According to the Summit County Journal, June 6, 1908 edition, the Marshal was charged with looking after speeding horses on south Main Street. The Journal reported: "Some horse owners are trying to break the ordinance by fast riding."

Again, some things never change! The summit County Journal, July 11, 1908, carried a post-4th of July celebration article: "Now that the observance of the Fourth is past, it is well to mention the fact that Marshal Blair is entitled to credit for keeping cool and even-tempered during the little episodes of the day."

The May 20th, 1911 edition of the Summit County Journal & Breckenridge Bulletin carried a polite plea from Marshal J. W. McClelland: "As the winter is nearly over and as the disappearance of the snow has posed to view not a few piles of rubbish - tin cans, old brooms, chicken feathers, heaps of old clothes, etc., by the power vested within me, I respectfully ask the citizens of Breckenridge to root out and rid up their trash and rubbish."

The roots of the modern day Breckenridge Police Department go back to 1881 with the appointment of Sam Blair as the first Marshal. Since 1881, Breckenridge has been served by 43 chief law enforcement officers. The Town of Breckenridge is currently hiring for its 44th Chief. 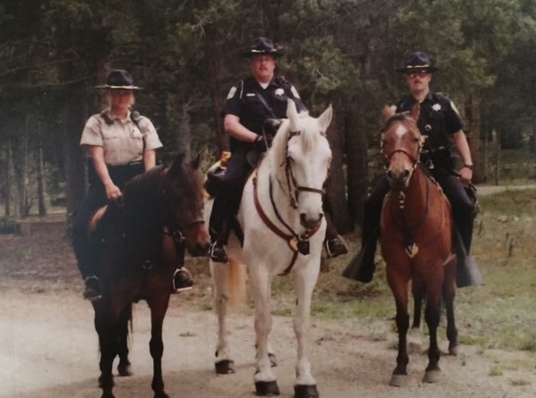 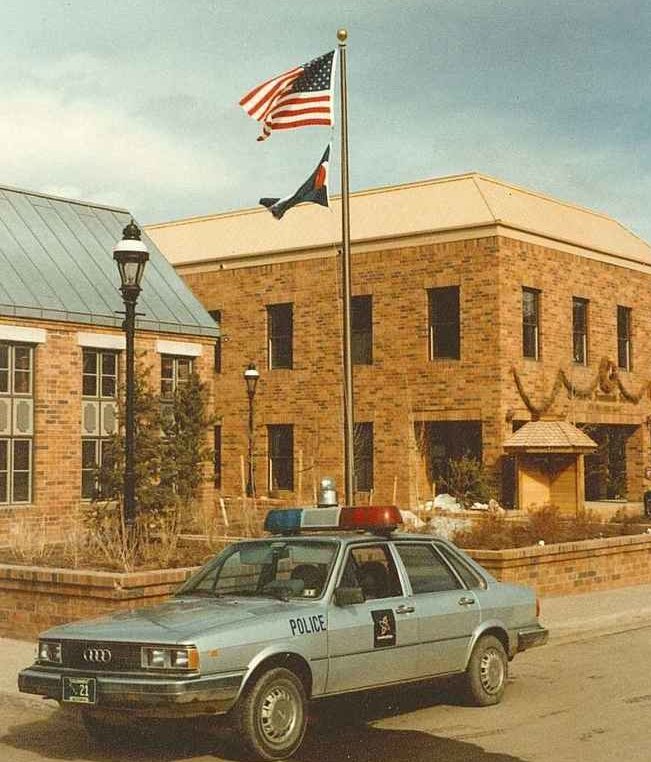