For information regarding COVID-19 in Breckenridge, please visit here.

The Department received an "Out to Protect Certificate of Training" as the FIRST agency in the State of Colorado to complete the LGBT Awareness Training Course. 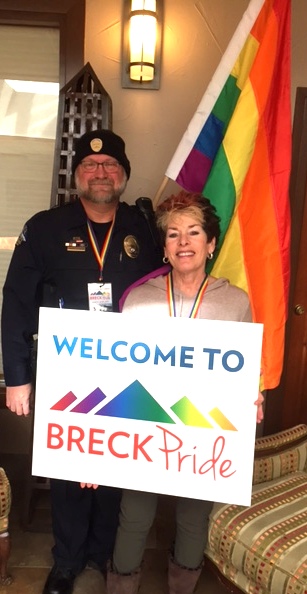 presented by the Latino Advisory Council 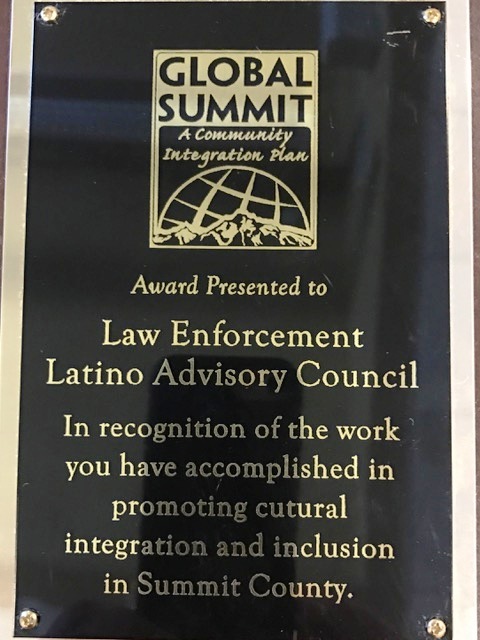 In 2016, the Chief's Recognition Award was created for spontaneous presentation by the Chief of Police. Recipients may be any Department or Town employee who demonstrates community service above and beyond the Department and Town's values of Influence, Relations, Adaptability, Knowledge, and Communication.

Sgt Finley was awarded the Department's Leadership Award in 2016 for demonstrating inspirational leadership, a strong commitment to customer service, and dedication to the community in general. He is a participative leader who provides input where needed and challenges others to grow professionally, He enthusiastically participates in decision-making and problem-solving, and does so through an innate sense of valuing input and building trusting relationships.

These three officers responded to a medical emergency call involving a woman who was unconscious and not breathing. They began CPR & administered an AED application. When medics arrived on scene, the officers helped carry the woman downstairs to the ambulance. Two of the officers then remained with the victim's small children until a babysitter arrived. Officers then escorted family members to the hospital. From the reports of the emergency room doctor and fire department paramedics, the quick action of the three officers was credited with saving the woman's life.